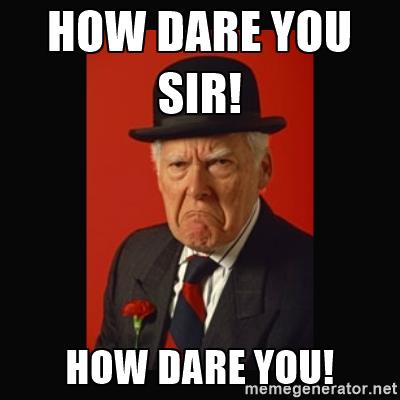 I’ve just had the strangest genealogy-related experience. Seeing as I’m fairly new to genealogy blogging, I would love to hear from others whether this is a common occurrence. I’m finding it quite unsettling.

My mother compiled her father’s research in 2012 and added her own research into the historical context for each of the generations. My interest in exploring this family history now is in trying to ferret out any additional information about these ancestors’ personal stories.

I have documentation of the sources my mother and her father used, primarily the work of local New Hampshire historians. The source of their information about John Brown and his early descendants appears to be the research of genealogist ASA WARREN BROWN (1827-1907). You’ll remember Asa, my snarking cousin several times removed?

Well, now I find several blog posts and accompanying heated discussion threads online questioning the veracity of Asa’s identifying John’s wife as Sarah Walker. These people have the nerve to claim that Sarah Walker was his niece and actually married someone else! (All right, all right, I’ll admit to a few twinges of, if not doubt, then regret, that Asa didn’t cite his sources except in the most general terms.)

I write this tongue-in-cheek, but at the same time, the controversy upsets the state of my cosmos. If I can’t count on the beginning of the story being true, where does that leave me now at the end?

4 thoughts on “How DARE They Call Asa Brown’s Research into Question!”