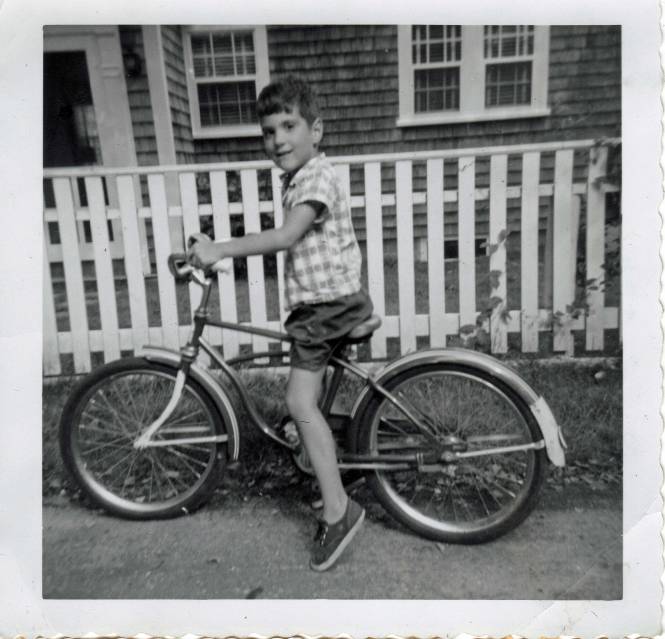 When my brother and I were kids in the early 1960s in Edgartown, Massachusetts, having a bicycle of one’s own and learning how to ride it were major life goals.

How we craved the freedom a bicycle represented, the physical sensation of freedom! Riding a bike would be the closest we could get to flying. (Our attempts to use an umbrella to fly off the patio wall like Mary Poppins had ended in failure, and we were too fearful to attempt jumping off the roof of the garage, like a certain neighbor boy of legend.)

Our parents didn’t have the money to buy us new bicycles, but our father managed to find two used ones for $5.00 apiece, a blue one for me and a red one for George.

When it came to learning how to ride a bicycle, Daddy was philosophically opposed to training wheels. They fostered an unhealthy dependence, he believed, on a crutch that actually delayed the development of the skill, in addition to making a simple process unnecessarily complicated.

Speaking of bicycles and childhood, one of my all-time favorite poems includes a bicycle as a metaphor for the fleeting nature of childhood.  “On Turning Ten” is  by former U.S. Poet Laureate Billy Collins. I hope you’ll give it a read!