I came across the 10th Annual Great Genealogy Poetry Challenge on Janice Brown’s, Cow Hampshire: New Hampshire’s History Blog. Genealogy poetry challenge? Count me in! The poetry challenge is sponsored by Bill West of the West in New England blog. You can find the particulars of the challenge here.

I have been researching my grandmother Velma Jane Moore’s early life in Economy Point, Nova Scotia for the past year, so I went to the Poetry Foundation website to see what I could find on the subject of Nova Scotia. “Two Winds on Nova Scotia” by Marshall Schacht called to me immediately as the voice of my family’s experience in the region. 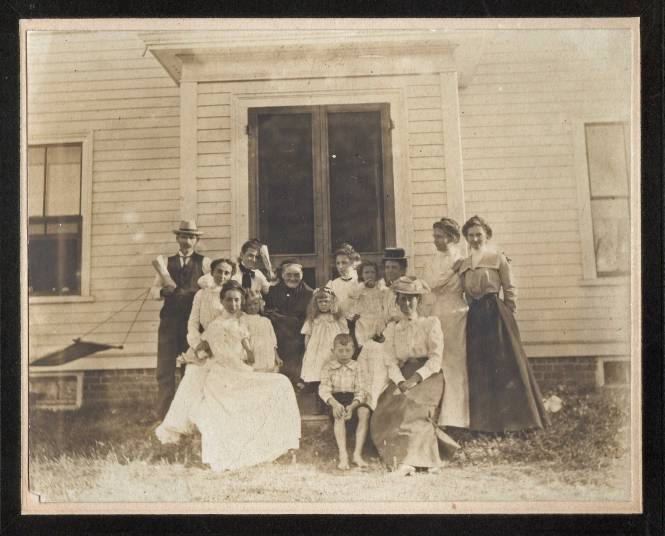 The Moores Together in Economy Point before They Heard the South Wind’s Lusty Song (c. 1901)