Sarah “Sally” Fitts Brown (1801-1898) and her husband Jonathan (1793-1879), whom I’ve written about previously, are my great-great-great-grandparents. I am grateful to whichever one of my relatives saved this newspaper story marking Sally’s ninety-sixth birthday. 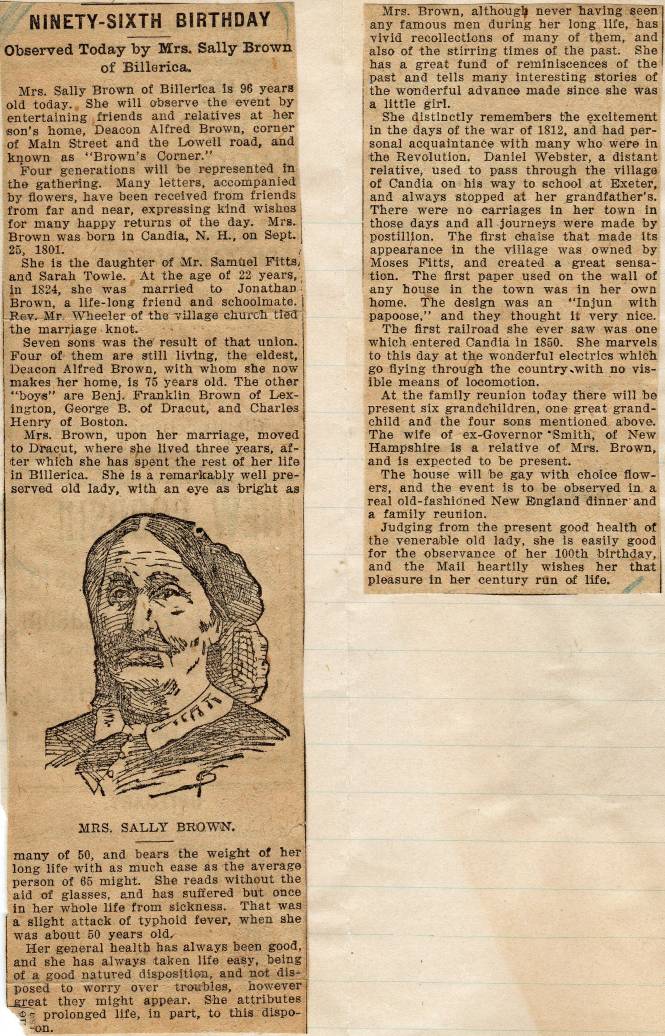 “Ninety-Sixth Birthday” incorrectly states that Sally moved to Dracut, Massachusetts upon her marriage and lived there for three years before living the rest of her life in Billerica, Massachusetts. In fact, she lived in Candia, New Hampshire until her husband died and she was advanced in years. According to census records, she lived with her son George and his family in Dracut for three years before moving to Billerica to stay with her eldest son Alfred until her death.

The obituary misspells Sally’s maiden name as “Fitz.” It should be “Fitts.”